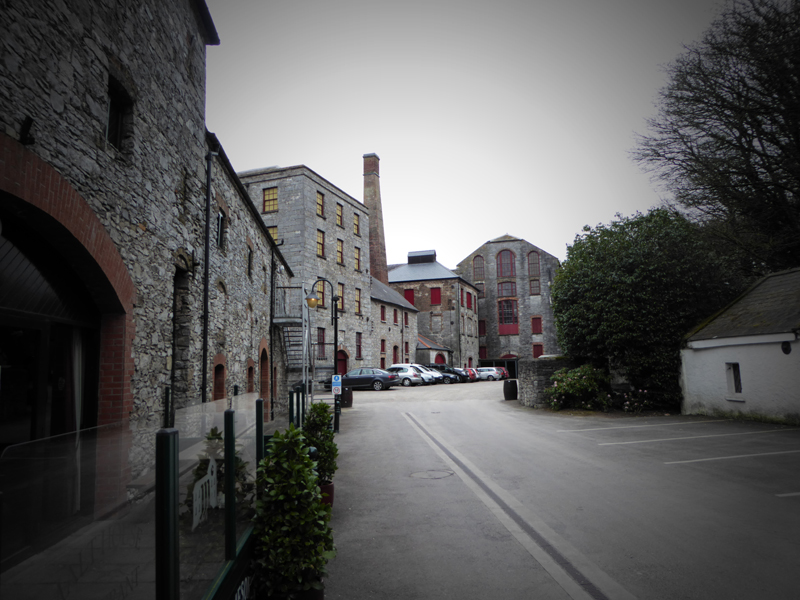 Kate sported a Catherine Walker suit during the photo-op, which was most likely taken during Prince George's birthday celebration in July. After Will and Kate officially announced their pregnancy in September, Kensington Palace revealed Kate's due date April via Twitter with this sweet shot of the doting parents from the Sunken Garden at Kensington Palace. Will, Kate, and their two children toured Europe in July, which included taking a pretzel-rolling class in Germany.

Because she's perfect, Kate proved herself a master hand roller of pretzels, while William took a bit more time to catch on. During this trip, she also joked about blessing the world with a third royal baby—who really did arrive less than a year later! Looking just as in love as they did on their wedding day seven years ago, the Duke and Duchess of Cambridge attended the Royal Ascot at Ascot Racecourse.

Prince George and Princess Charlotte, along with their beaming parents, looked on from the balcony during the annual Trooping the Colour parade. The entire family attended the wedding of Kate's sister, Pippa Middleton , at which Princess Charlotte starred as flower girl and she reprised her role at Prince Harry and Meghan Markle's royal wedding. Looks like Prince William was getting silly while he and his wife were cheering on the runners at the Virgin Money London Marathon!

How romantic! While visiting a training day for London Marathon runners, Will and Kate hilariously faced off in an impromptu race. Another Christmas, another year of being just so gosh darn adorable. Here, the royal fam attended Christmas Mass in Bucklebury, Berkshire. In matching blue hues, the Duke and Duchess of Cambridge and their little ones arrived in Canada for their royal tour of the country.

Prince George and Princess Charlotte partied it up at a children's event for military families.

Princess Charlotte and Prince George couldn't take their eyes off the planes flying overhead for their grandmother's 90th birthday celebration. Meanwhile, we were fully focused on those little cuties! With both his parents and Barack and Michelle Obama in the room, Prince George still managed to steal the show during the Obamas' visit to Kensington Palace. Throughout the week, the royal couple met Bollywood royalty, visited the Taj Mahal, hiked to a monastery, and even tried their hand at archery, Bhutan's national sport.

Is there anything Kate doesn't look glamorous doing? The royal family took to the slopes and set some serious familygoals. The Duke and Duchess of Cambridge, with the little ones in tow, headed to the French Alps for their first vacation as a family of four and it really couldn't have been any cuter. The snowy adventure marked the first time Prince George and Princess Charlotte had played in the snow and even mom and dad got in on the fun with a royal snowball fight.

Courtesy of Kensington Palace via Instagram. Now that's definitely a Christmas card you'd leave hanging on your fridge well past December 26! The royal foursome gathered together in the Kensington Gardens to take their family's holiday portrait. With Princess Charlotte's too-cute chubby cheeks, Kate Middleton and her son's mile-wide smiles, and the Duke of Cambridge's adoring gaze, it couldn't be more picture perfect.

As crusaders for mental health awareness and advocacy, the Duke and Duchess of Cambridge marked World Mental Health Day with trips to local charities and visits with those who have personally suffered from mental illness, proving that building awareness around the issue is a major priority for the royal and charitable pair. The entire royal family—including Queen Elizabeth, Prince Charles, and of course the duke and duchess, with big brother Prince George by their side—gathered together to celebrate the christening of Princess Charlotte.

The baptism took place at St. It's a little princess! The Duchess gave birth to her second child, a daughter, on May 2, The royal couple paid homage to the Duke's late mother, Princess Diana, and grandmother, Queen Elizabeth II, by dubbing their new little one Charlotte Elizabeth Diana—a name truly fit for royalty. Just over a year since the birth of their son, Prince George, the Duke and Duchess of Cambridge announced that they were expecting their second child—and the watching world was all abuzz with the baby excitement!

On their third royal tour together they already had North America and Southeast Asia under their belts , the duke and duchess toted along Prince George for the fun, and the results were predictably aww -inducing. Their nearly three-week visit to New Zealand and Australia included meeting with locals, charity functions, and accompanying Prince George on his first royal playdate.

Three months after his birth, Prince George was christened at St. And baby makes three! The highly anticipated arrival of the newest royal was complete with press staked outside St. Mary's Hospital's Lindo Wing for days on end.

Once Kate finally gave birth to Prince George Alexander Louis on July 22, everyone focused on the duke and duchess's first appearance as parents. Naturally, they didn't disappoint. They looked at once overjoyed, tired, and relieved—and stylish! Kate once again won high marks for her adorable polka-dotted blue Jenny Packham dress that was reminiscent of the one Princess Diana wore after giving birth to Prince William.

It was probably not the way they wanted to announce the news, but it had to be done. Royal officials announced the impending arrival of a royal baby in early December , but the news coincided with Kate's hospitalization for extreme morning sickness. Well-wishers were able to really celebrate the occasion once she left the hospital, aglow with excitement. The summer of was big for William, Kate, and England. The London Olympics kicked off a month after the Queen's jubilee celebrations. And in case anyone thought that William and Kate looked a bit stiff posing in official photos, this unbelievably cute, candid snapshot from the Olympics surely changed that.

They looked like eternal college sweethearts hugging during an event.

Along with the rest of the royal family, Kate participated in Queen Elizabeth II's Diamond Jubilee celebrations, which marked the 60th year of her rule. The duke and duchess seemed to have a blast during the festivities—attending a concert, going for a ride down the Thames river, and enjoying this carriage ride through London.

Kate looked thrilled to be a part of her new family's grand traditions, especially by her husband's side. Just after her 30th birthday, the duke and duchess introduced the world to the first addition to their little family—a four-month-old black cocker spaniel named Lupo. William reportedly gave the pup to Kate as a Christmas gift, and he soon joined his parents at polo matches and strolls. Though they already celebrated their marriage with an exotic honeymoon, the duke and duchess got another festive post-wedding trip with their official North America tour. The newlyweds traveled all over Canada and the U.

Kate wore a lilac chiffon Alexander McQueen gown to complement her dashing husband. Anyone with information is asked to contact Midleton Garda Station on - , the Garda Confidential Line on or any Garda station. Skeletal remains of woman over 70 years of age found in Cork Construction workers in Midleton found human skull at a site on January 5th Mon, Mar 1, , Barry Roche Southern Correspondent.

Transforming the tax function through technology. Daily Today Daily. Stay on top of the latest news with our daily newsletters each morning, lunchtime and evening. Sign up.


Coronavirus Explore our guides to help you through the pandemic. Latest Ireland. Children as young as 13 and 14 arrested in Belfast following street violence Operator of Dublin canal boat restaurant granted licence after ban Covid latest: 19 additional cases recorded in Cork.


Sponsored Content. Carpet-diem: Seize the day, invest in you and your home.